Search Our Inventory / All Rugs / GUBPA SHIRVAN 'LONG RUG' 4' 3" x 9' 5" We include a full exchange policy on every purchase. 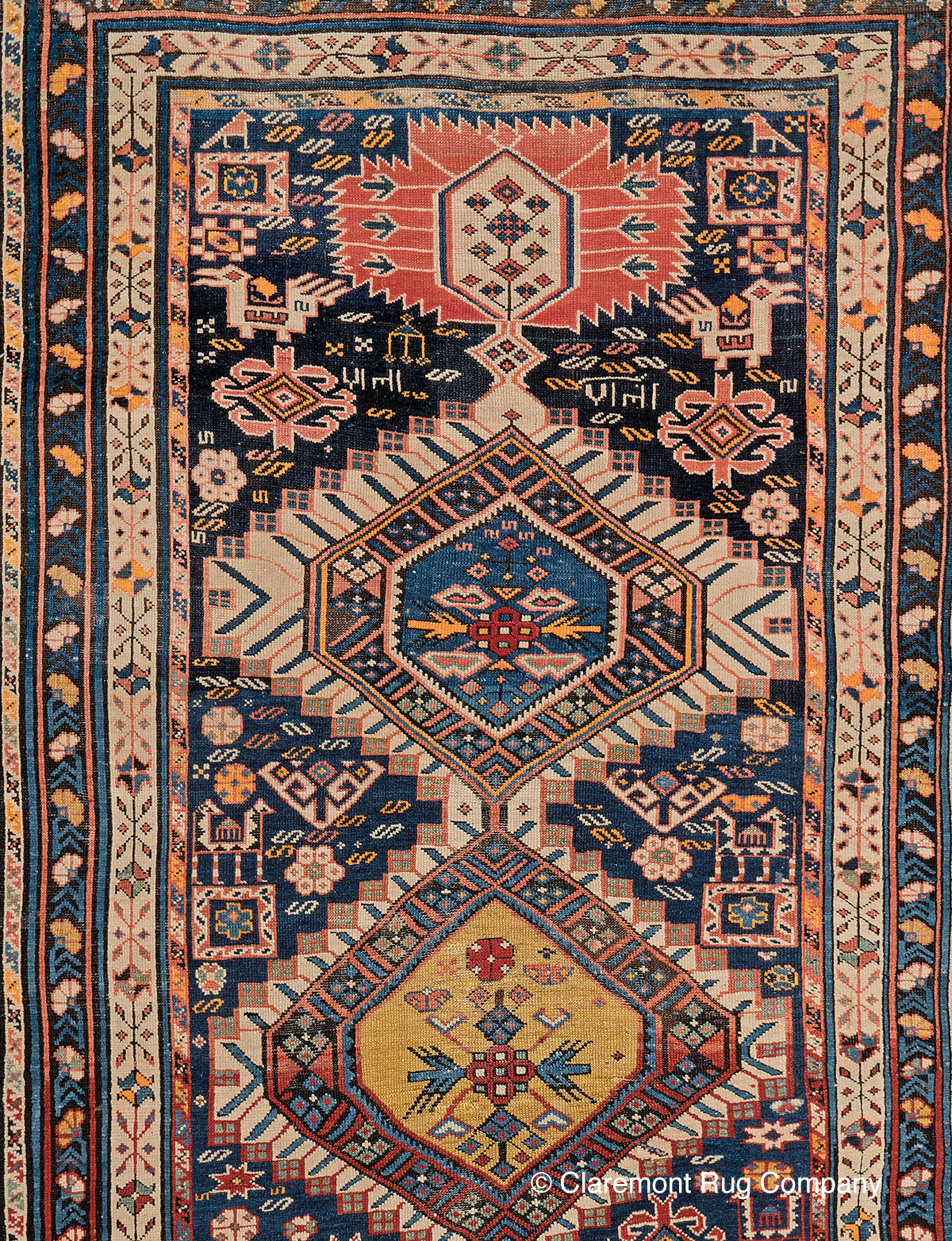 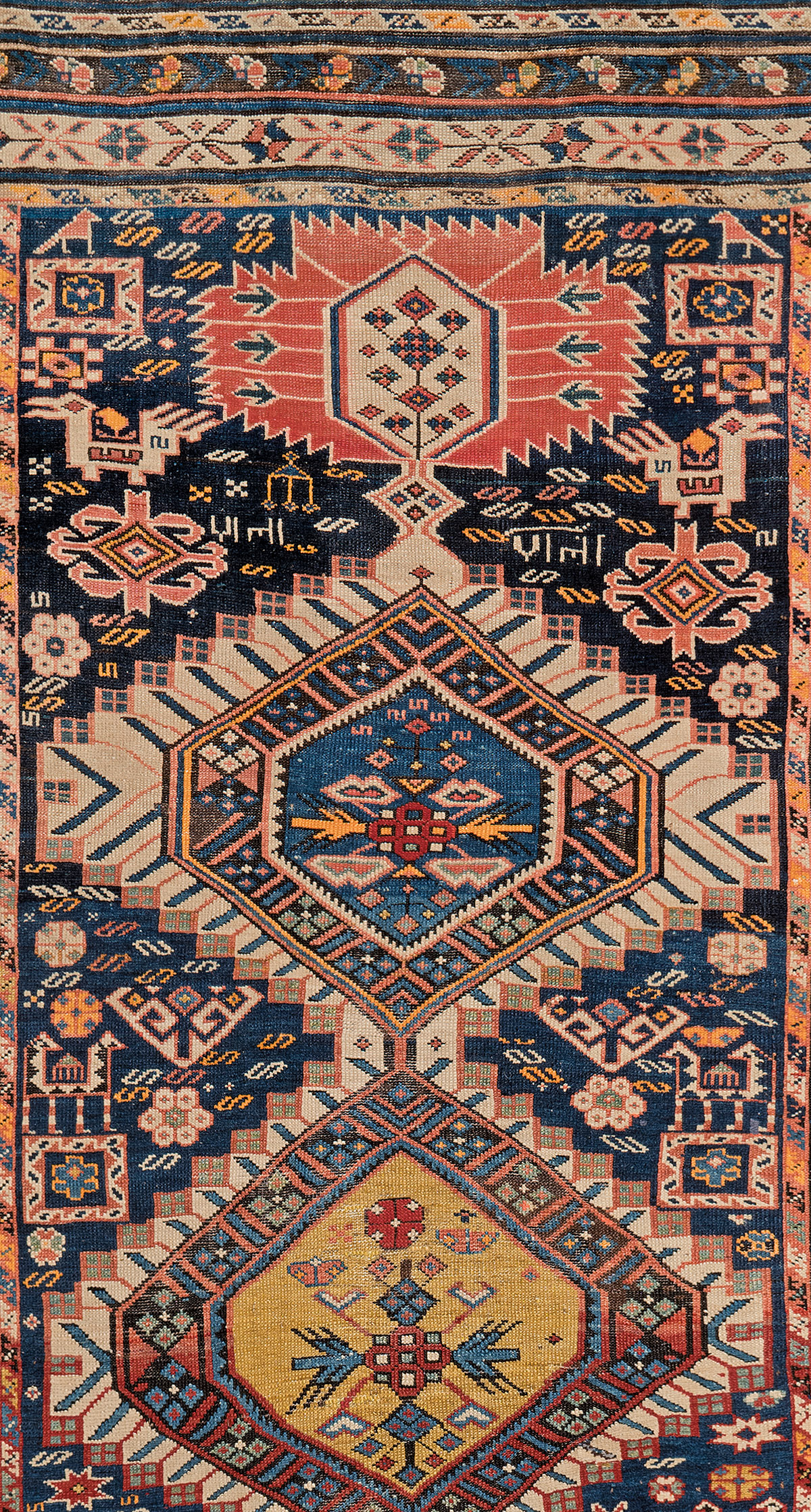 (Connoisseur-Caliber) This dramatic long antique Caucasian Gubpa Shirvan in the "long rug" format presents a tremendously whimsical, folkloric character that is immediately captivating. In an Impressionist vision of the tribal culture from which it came, both male and female figures are depicted in traditional dress. They stand amidst a pleasing array of bird and horse forms, as well as peacock motifs with elaborate tail feathers open. Even the starry sky of the high Caucasus mountains is represented. This spontaneous antique tribal rug, dated in the upper field corresponding to 1899 A.D., is extremely finely crafted, with incredibly clear pattern work. This representative of the prized Shirvan subgroup of Caucasian rugs entices collectors not only through its intimate artistry, but also for its extraordinarily good condition for a late 19th century tribal rug, with medium pile with no notable restoration.

Read A Summary of Caucasian Rugs 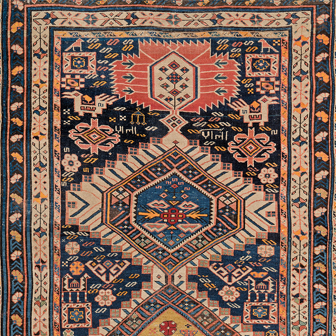