Search Our Inventory / All Rugs / BAKHTIARI TREE OF LIFE 4' 9" x 6' 0" We include a full exchange policy on every purchase. 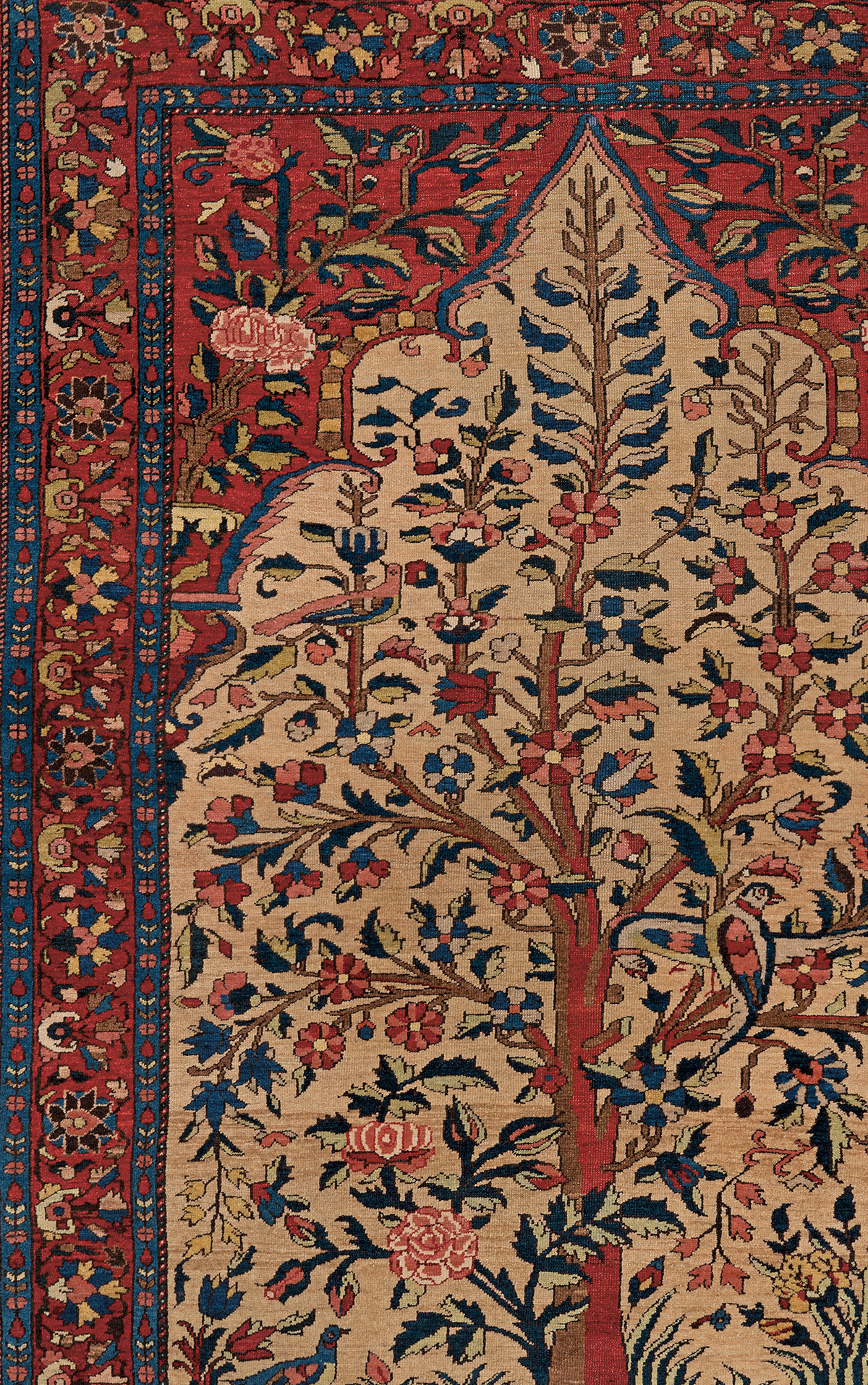 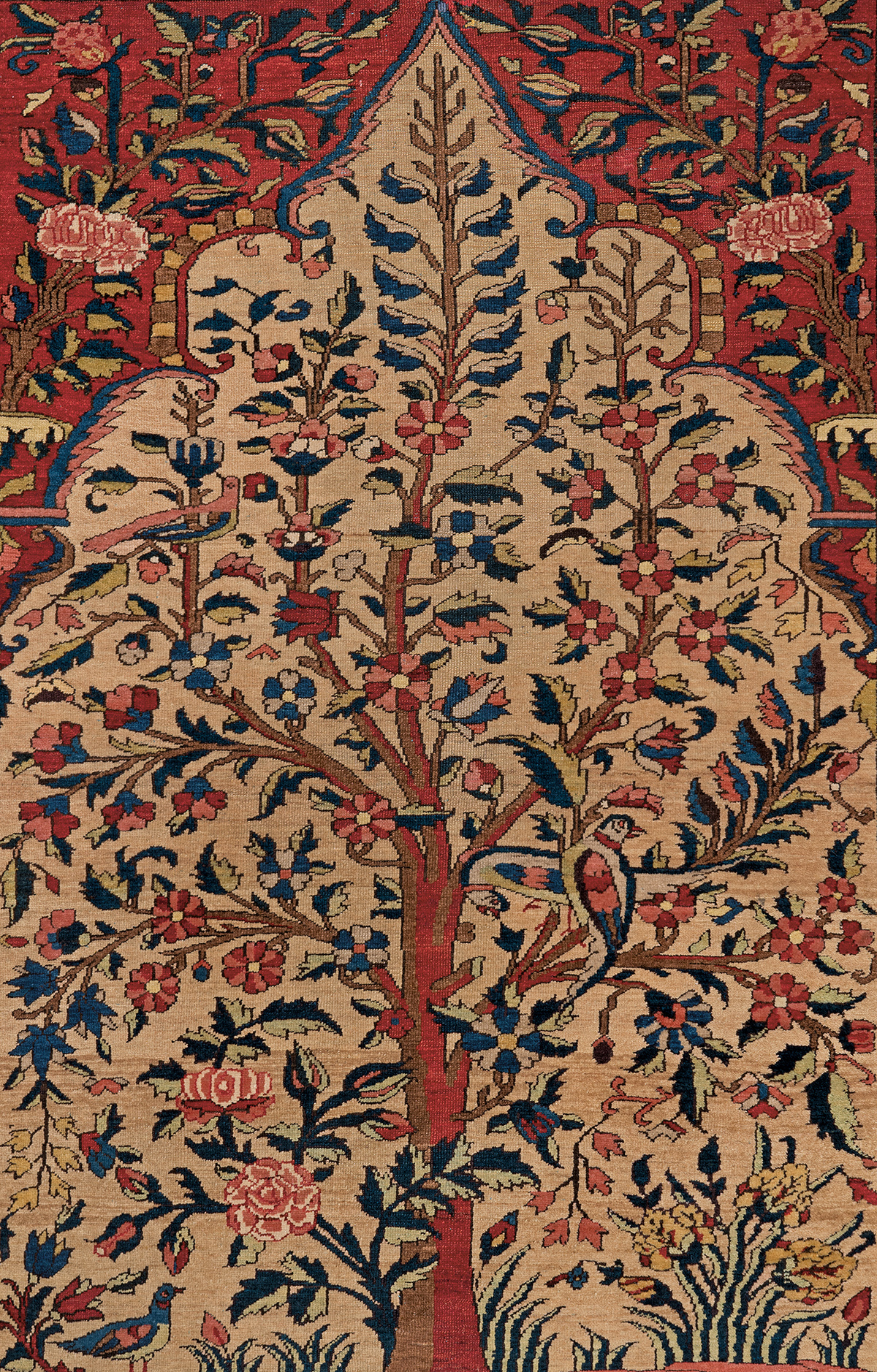 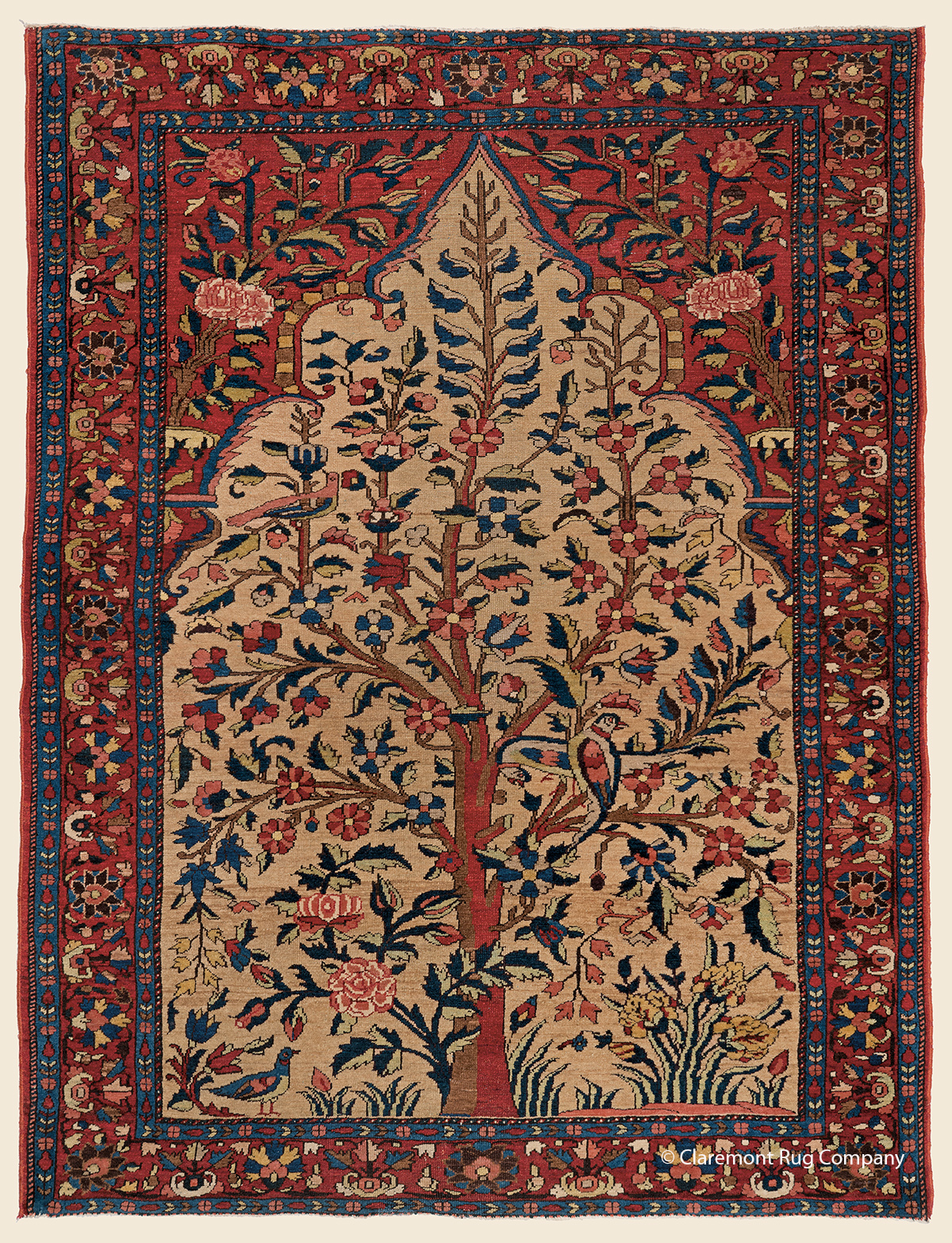 (Connoisseur-Caliber) Influenced by the floral carpets in nearby Isfahan, this endearing piece created by the Bakhtiari tribes people exhibits a rarely seen "Bibibaf", or "Grandmother's Weave," indicating the incredibly fine knotting and smooth surface that could only be accomplished by an extremely mature weaver. With a striking, magnanimous ambiance, it reinterprets the age-old "Tree of Life" design, rendered with crystalline clarity and great dimensionality. Amidst the realistically depicted blossoms and foliage interact a clutch of three curious avian characters. Bakhtiari dyes, in general, are truly jewel-toned especially when penetrating strong, lustrous Bakhtiari wool where the deeper and softer shades of the same color visually dance, creating a sense of being able to "look into" them as if they are deep pools. Bakhtiari greens are exceptionally pure, vivid renditions of this part of the color spectrum. Happily, its condition is also superb. 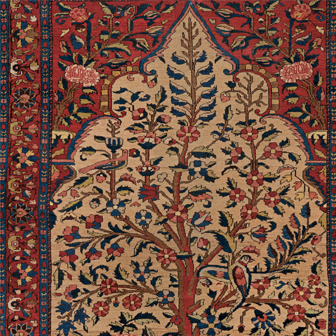