Search Our Inventory / All Rugs / FERAHAN SAROUK 8' 5" x 12' 3" We include a full exchange policy on every purchase.

More Photos of this Rug 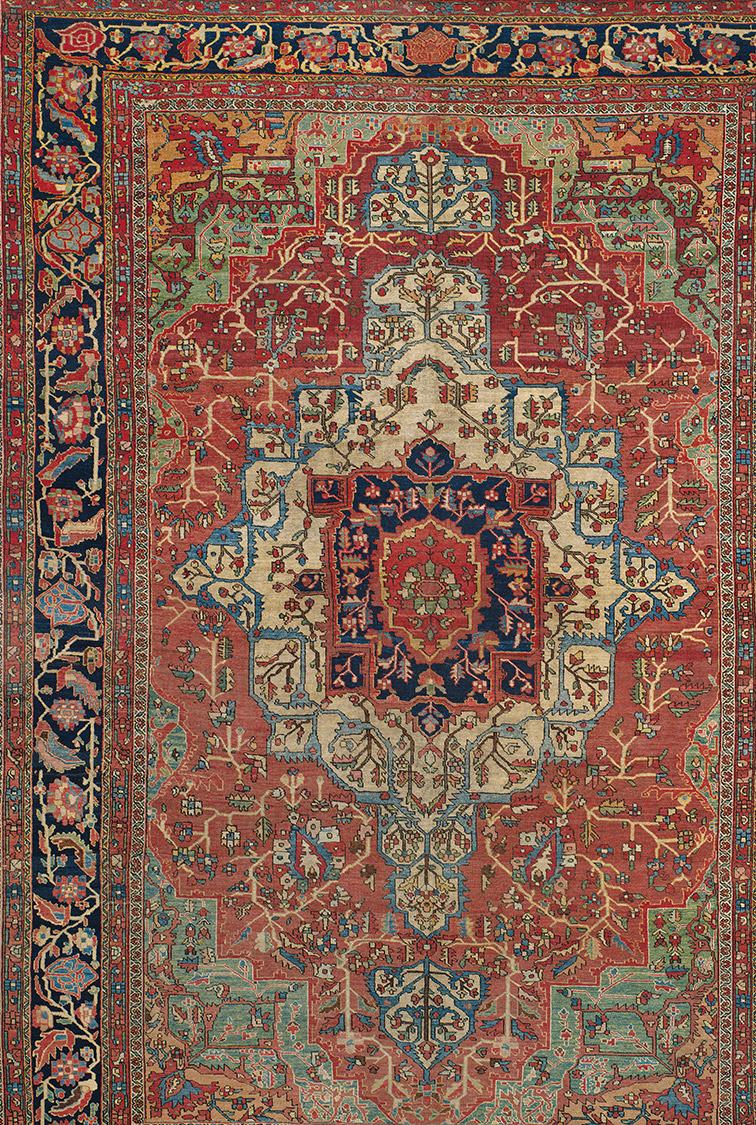 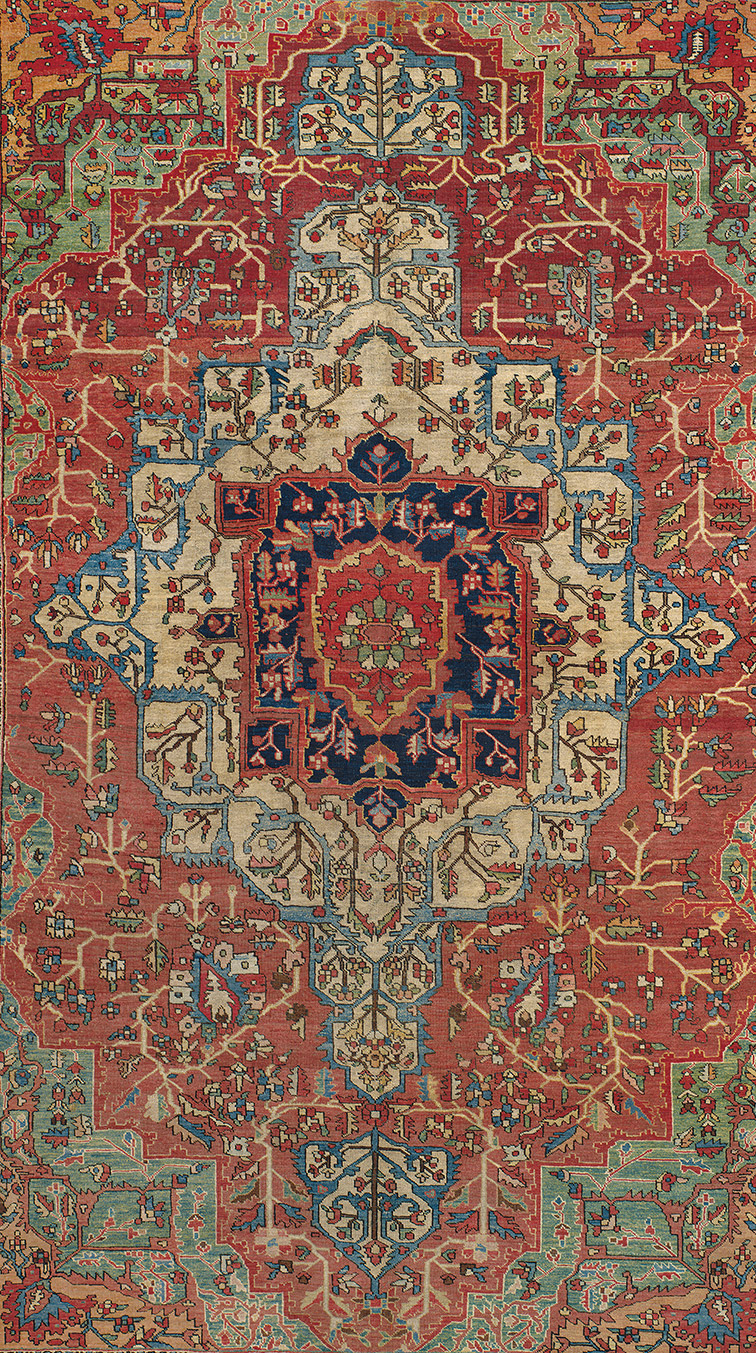 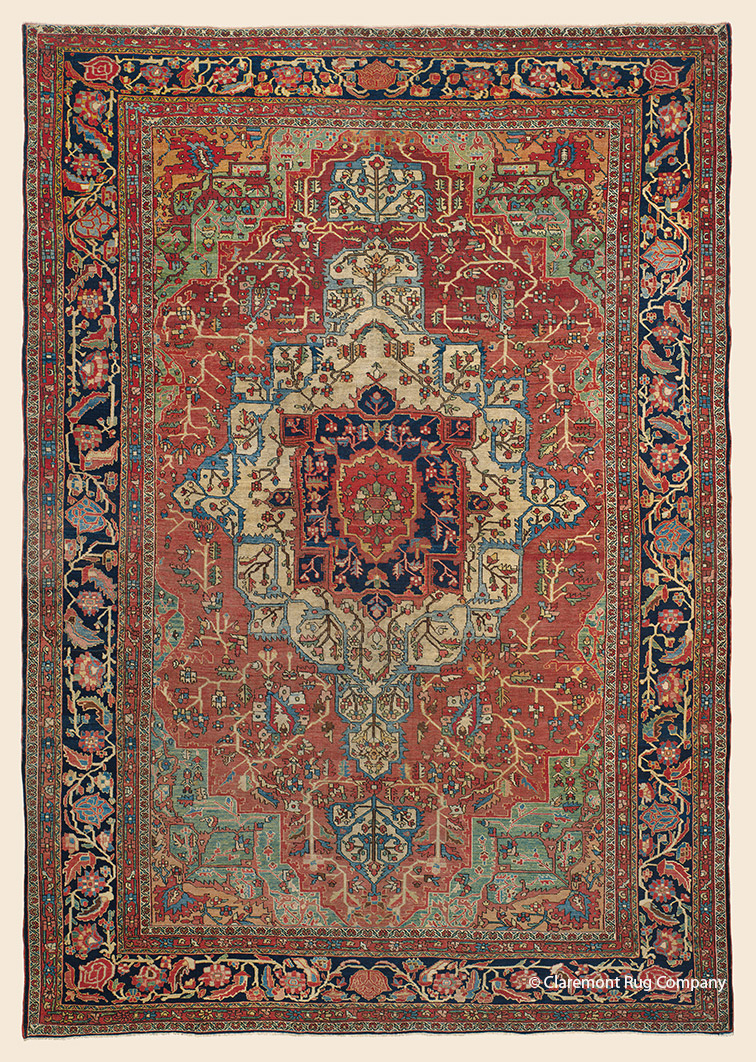 (Connoisseur-Caliber) A perennial favorite among our clients, Ferahan Sarouks have long been admired for their stylistic innovations upon a classic theme, and this sublimely distinctive 19th-century carpet brilliantly combines both curvilinear and rectilinear forms into an inventive, harmonious whole. Its large ivory medallion floating cloudlike on a cinnabar sky brings an artistic sense of movement along with it. Setting this Town carpet aglow is a succulent parade of delectable, vegetally dyed hues, including a profusion of a naturally created tangerine dye coupled with apple green in the splendid corner pieces. Its incredible abrash treatment in the field entirely and effortlessly shifts from more subdued hues at the bottom (where the weavers began) to an ebullient range of saturated tones at the top in a symphonic evolution, orchestrated by a deft master of color. 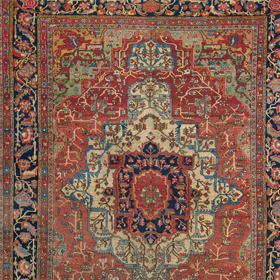